The sound of water gently splashing over rocks fills the air in Tony Seeker’s Brighton Heights garden. He’s struggled with PTSD, back issues and other problems from time served in the Marines. The 56-year-old can go days without sleep, but when he slowly rocks on the swing near his little pond, everything changes.

“When I’m in too much pain that I can’t work in the yard. I go back and sit by the pond and listen to the waterfall,” he says through his COVID mask. “Sometimes it relaxes me to the point where I can actually go to sleep out there.”

A scuba diving accident and exposure to contaminated drinking water while a Marine are just a couple of the sources of his problems, and he uses the garden for both mental and physical therapy.

“It gives me something to do. I’m always working in the yard,” he says of his city landscape.

He first bought the property in 2009, and after renovating the house, moved in two years later. The garden was another story.

“Anything that was here was dead,” he says with a little laugh. “Dead yews, dead grass, it was the worst looking place on California Avenue.”

Since then he’s been dedicated to creating not only a beautiful garden but an officially Certified Wildlife Habitat. His frugality lead to ingenuity as he began by transplanting pretty purple wild violets, airy queen Anne’s lace and chicory from neighbors’ gardens. These natives were the beginning of his quest to help pollinators and other wildlife.

During the genesis of his garden, he got support from next door, which is now the Most Precious Blood of Jesus Roman Catholic Church.

“The church ladies would stop by and say that’s so pretty,” Seeker says proudly.

That was then, but today the front sidewalk is lined with beautiful Knock Out roses in shades of yellow and pink. An heirloom Burgundy Iceberg rose with deep purple flowers also graces the front bed.

Seeker’s affection for nature can be traced back to growing up in Bradford, Pa., located in the Allegheny National Forest. Working for the forestry service in high school and exploring the woods with his father and brothers brought on a love of native plants.

He used Craig’s List and Pittsburgh Freecycle to garner hostas, daylilies, hardscape materials and much more.

In 2015 when he was tired of growing “stuff everyone else had,” he began work on the backyard habitat. “I’ve always liked wildlife,” he says quietly. “I miss that being in the city.”

There are many different types of milkweed growing everywhere in what he calls his woodland border, along with hibiscus, holly, two types of sweetshrub, dogwoods, mountain laurel, crape myrtle, coneflower, columbine, ferns and many other plants.

One of the most important is in the front of the border — a rose from his boyhood home, which was first planted by his grandfather.

“It was my mother’s favorite rose,” Seeker says solemnly. “She always talked about it. She wished she still had it.”

He’s hoping to take cuttings to send to his brothers.

The fragrance of ‘Immortality’ reblooming iris drifts through the garden from the white, rain-soaked petals.

It’s hard to believe the number of plants tucked into this city lot. Seeker even started some of the lotus plants in the pond from seed. Lady slippers, known for their fickle nature and their difficulty to cultivate, are growing all through the garden in the back of the house. 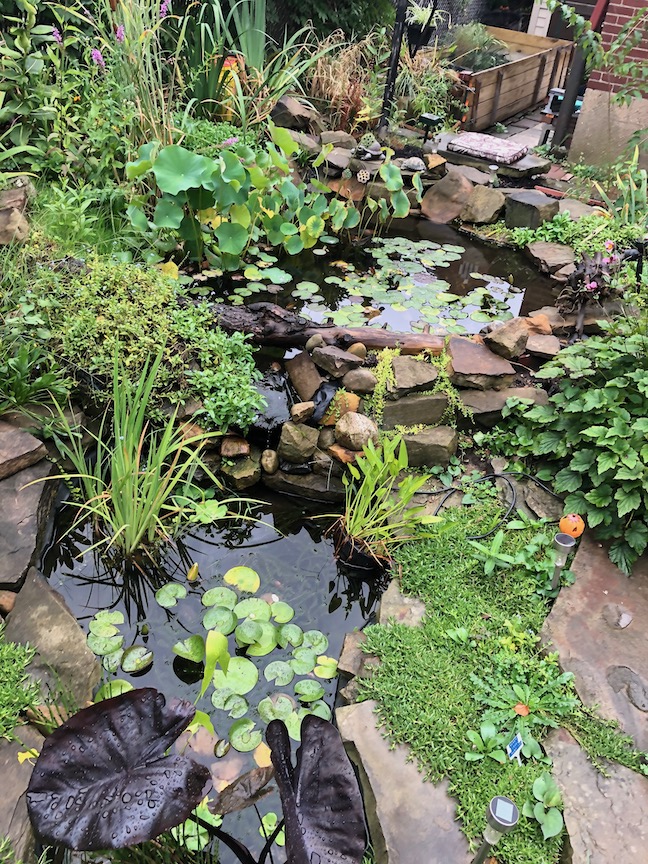 This water feature in Tony Seeker’s garden helps him sleep as the sounds of the waterfall are soothing for him. 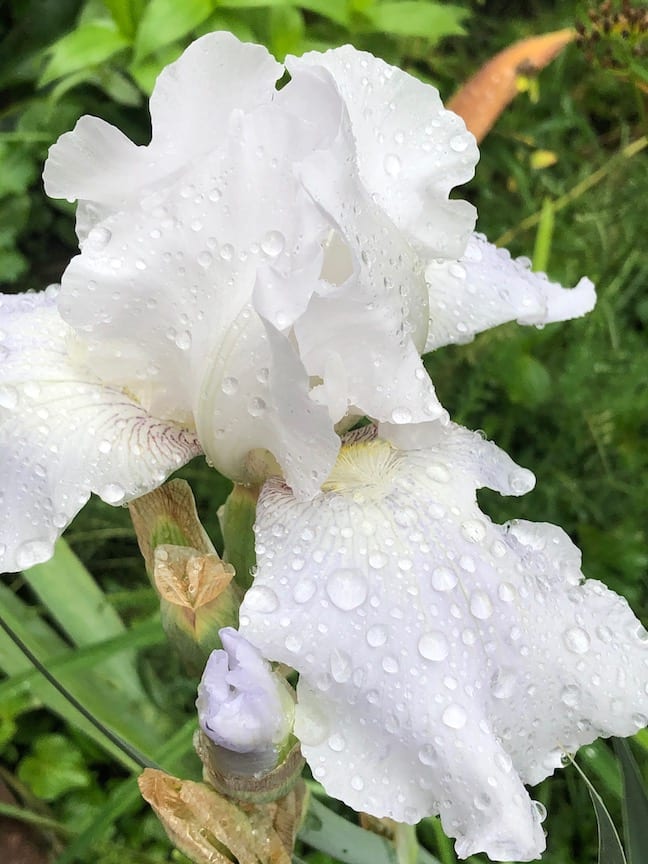 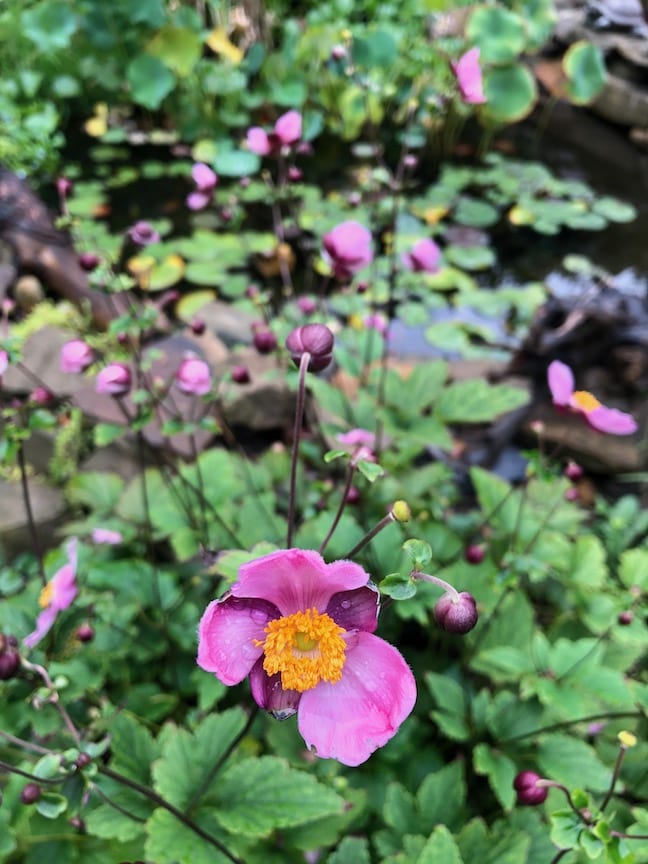 Anemone is an easy and beautiful perennial to grow for pollinators. 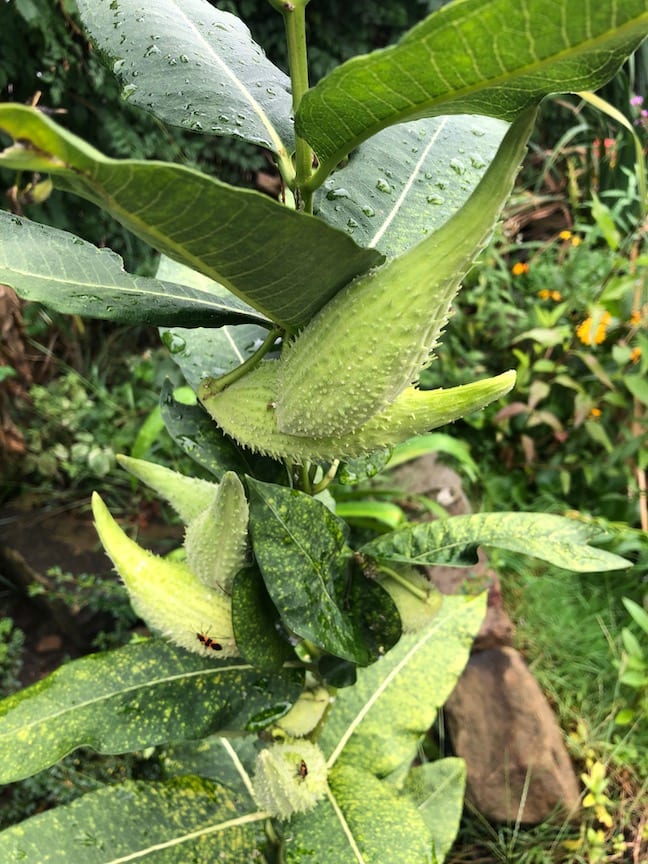 Seed pods from common milkweed are ready to open. This native pollinator plant is the only host plant for monarch butterflies. 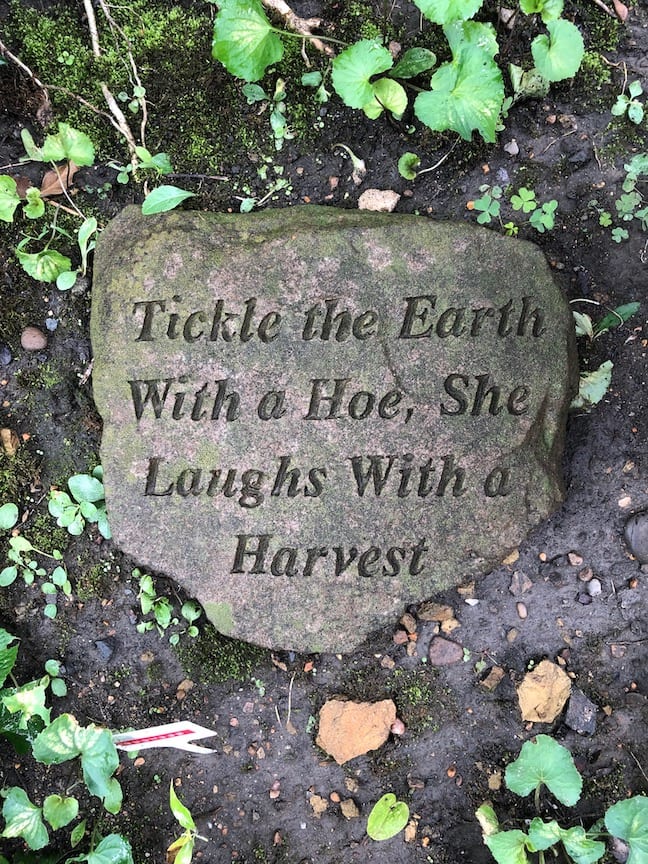 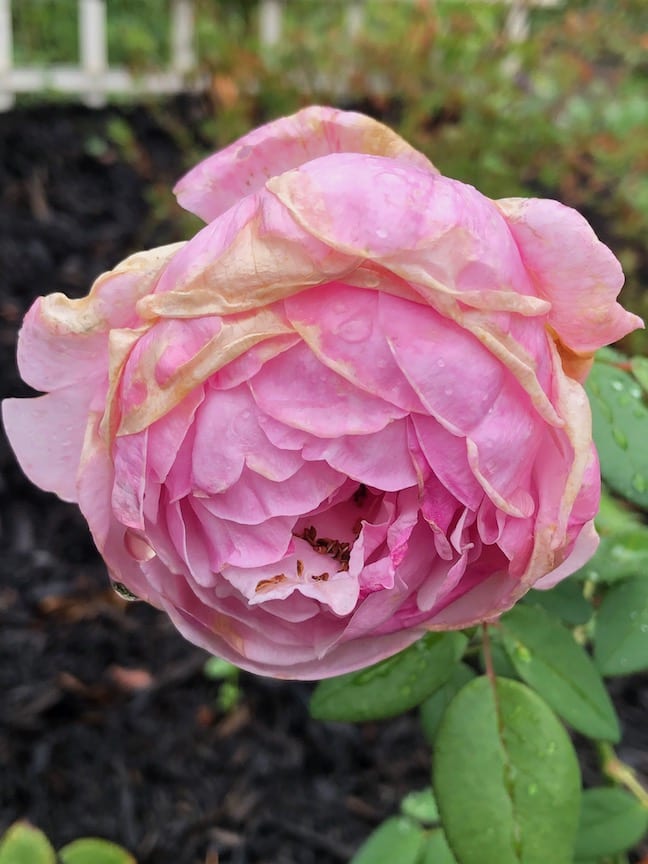 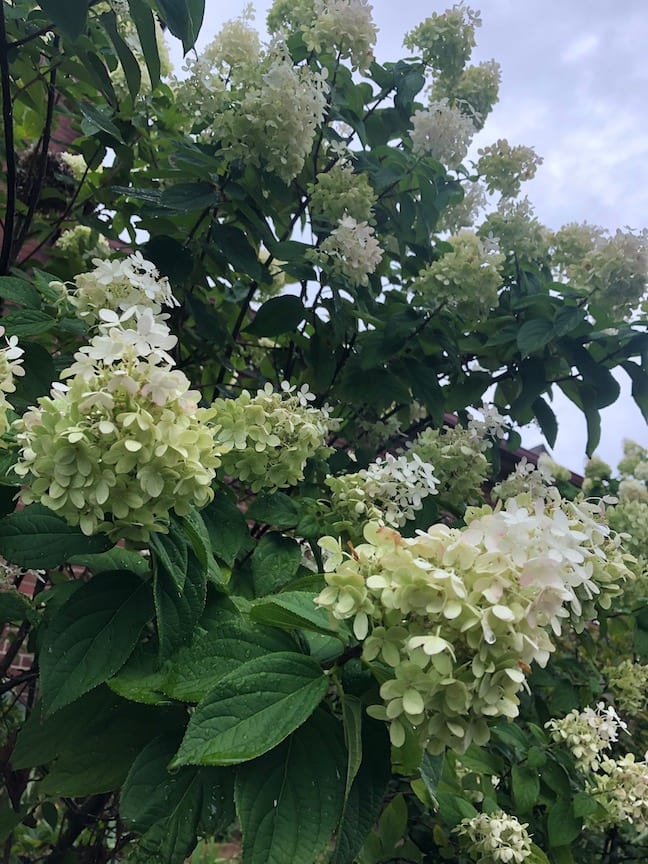 These hydrangeas were transplanted four times until Tony Seeker found the right place for them in his Brighton Heights garden.

Seeker’s love of animals is also on display here, as he rescues turtles from homes where they are no longer wanted. They swim to the surface, hoping it’s feeding time.

This garden has provided help in so many ways for Seeker. His doctors suggested he try to work through the pain — something often easier said than done.

“It actually helps,” says Seeker. “Sometimes I get involved and forget about the pain.”

It’s at this point that his partner of 18 years, John Miller, can’t keep quiet.

“He’s stubborn as hell,” Miller says of Seeker with a smile. “He never listens and overdoes it.” Seeker quietly agrees and Miller continues. “He’s too modest. He’s done hundreds of hours of planting over at the church. He has a million admirers.”

That’s evident as a bag of daffodil bulbs were left on the front porch by an anonymous fan — just one of the things he’s been gifted over the years from people who have passed by the garden.

There are a few huge hydrangeas filled with pure white flowers on the side of the house he found for three dollars. They were transplanted four times until Seeker finally found the perfect place for them.

Time in the garden has had many benefits for Seeker, both mentally and physically.

“When I first moved into this place, I couldn’t even stand up straight. Working in the garden has gotten me to the point where I can stand up most of the time.”

Gardening is fun! I'd love to teach you how to have your best garden ever.

Searching is in progress

Gardening is fun! I'd love to teach you how to have your best garden ever.